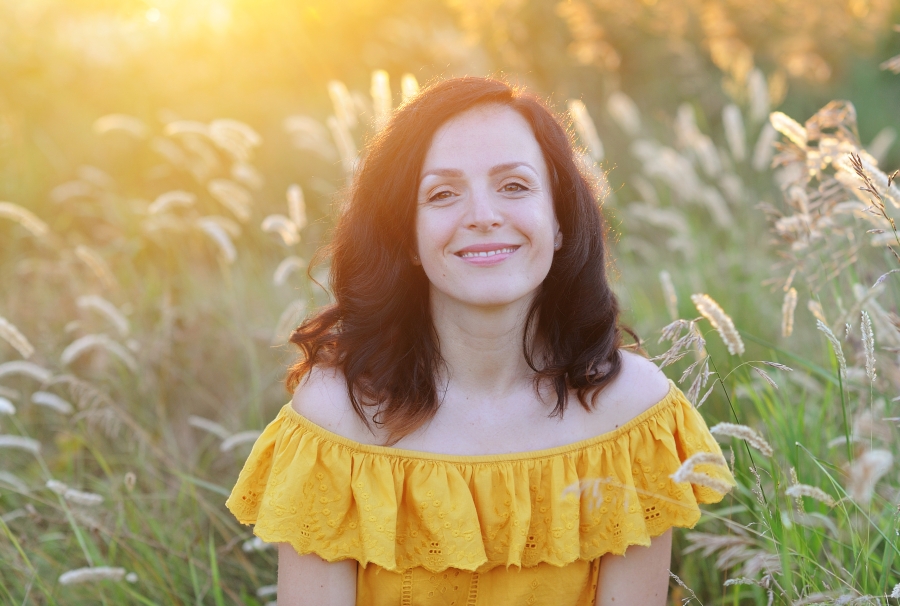 Hi Friends 💛! We hope you've had a relaxing wee 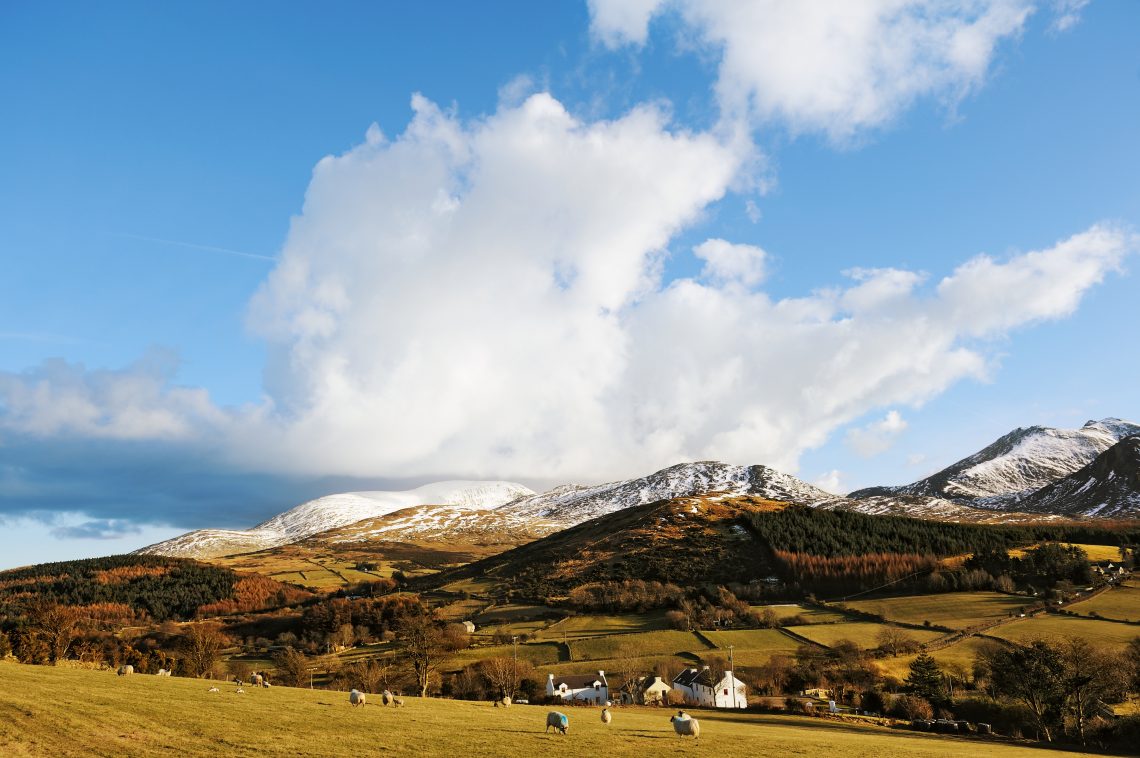 Looking for Narnia? The real portal to the magical kingdom is only a car drive away – for those living in Ireland…. Did you know that the Mourne Mountains were a favorite place of writer C.S. Lewis (1898-1963) and an inspiration for his ‘Chronicles of Narnia’? Lewis was a close friend of J. R. R. Tolkien (1892-1973) and both authors were leading figures in the English faculty at Oxford University.

Where the Mourne Mountains rise above the rolling countryside of County Down, in Northern Ireland…. 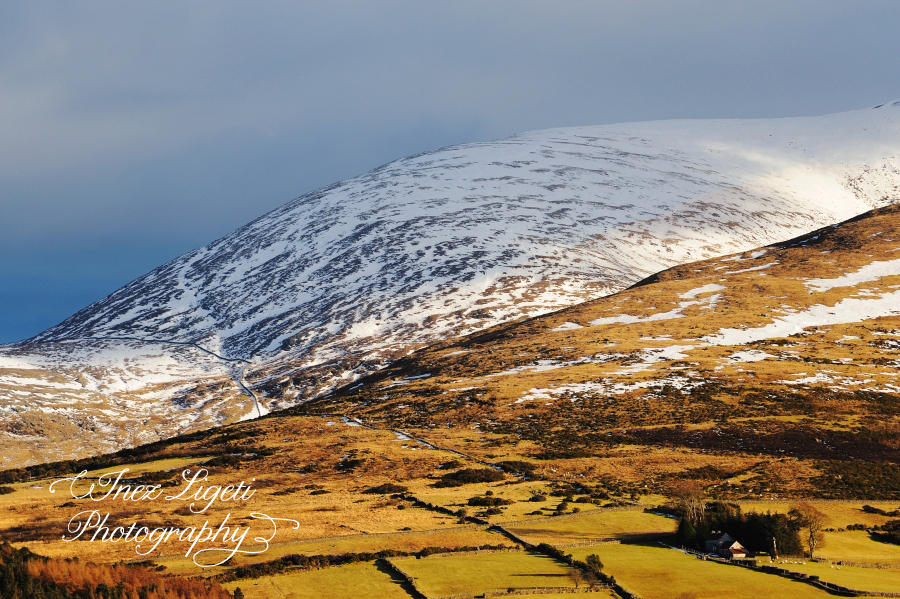 The surrounding area is an Area of Outstanding Natural Beauty and is proposed as the first national park in Northern Ireland. Not having photographed for a long time, nor being out to enjoy the view, I was extremely happy to be on the road. The landscape was simply stunning, my jaw almost dropped when I saw the snow-covered mountain tops. The Mourne AONB has a large number of historic and traditional building and artefacts. These range from churches, castles, memorials and fine buildings, to traditional farmsteads, gates and gateposts. 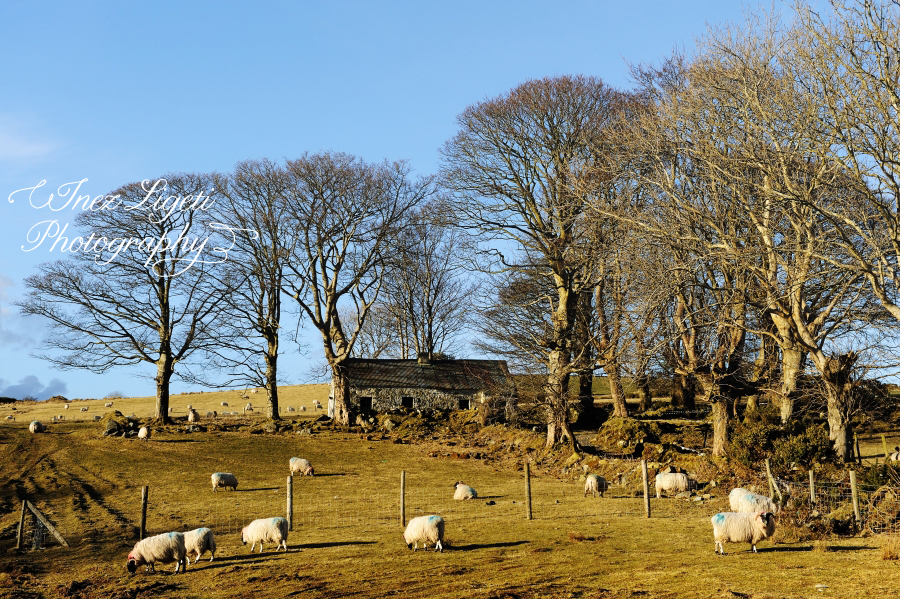 We had been in this area before and wanted to revisit Tollymore Forest Park which is located at Bryansford, near the town of Newcastle. Tollymore was previously owned by Robert Jocelyn, 8th Earl of Roden and purchased by the Department of Agriculture in 1930 and 1941. In 1955 it became the first state forest in Northern Ireland to be designated as a Forest Park. Covering an area of almost 630 hectares at the foot of the Mourne Mountains, the forest park offers panoramic views of the surrounding mountains and the sea at nearby Newcastle, while within its own boundaries are many splendid vistas of woodland and rivers. 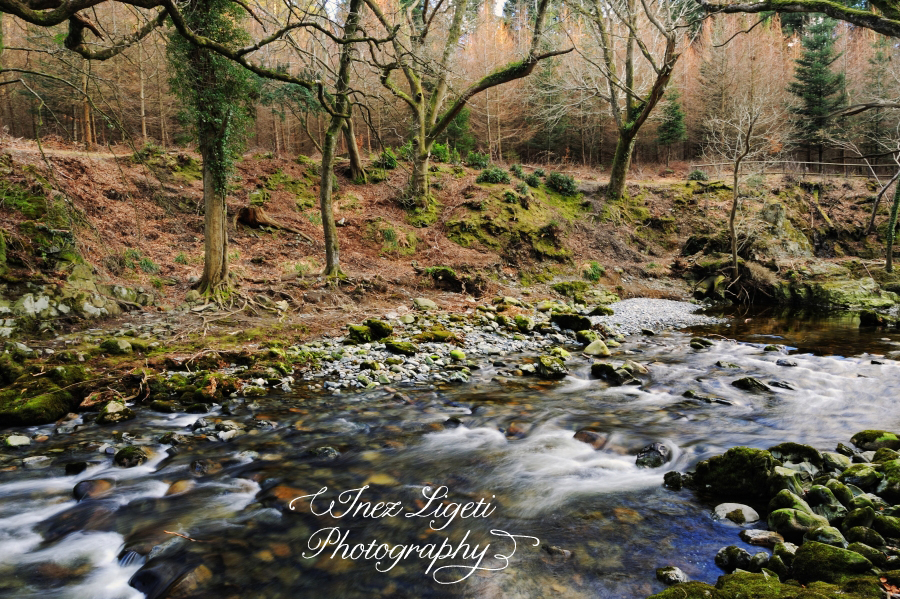 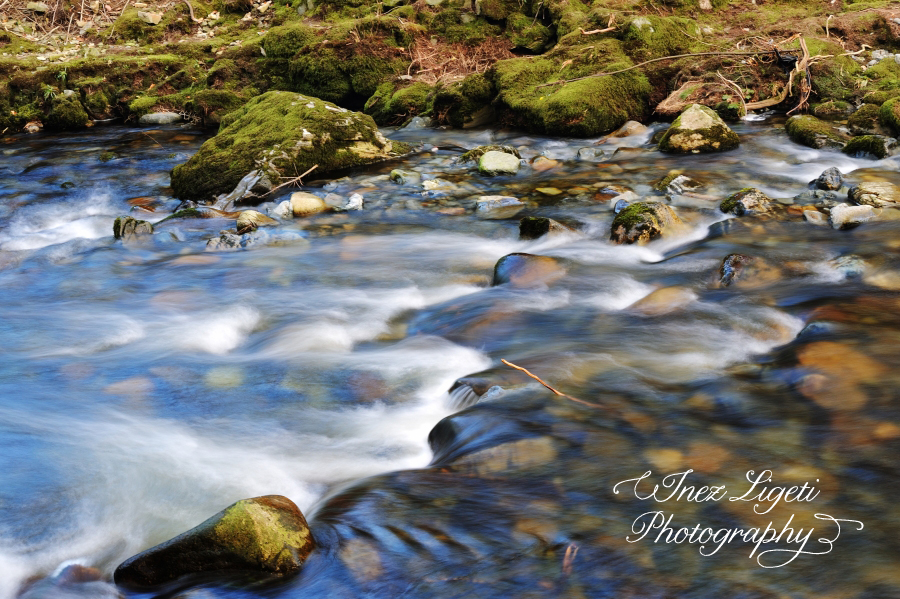 Tollymore was listed in the Sunday Times top 20 British picnic sites for 2000. The Shimna River flows along its rocky bed through the centre of the Park from the Mournes to the sea at Newcastle. The tree shaded river with its numerous deep pools is home to a variety of birds and mammals such as dippers, kingfishers and otters. The Forest is open every day of the year from 10:00 AM until sunset. 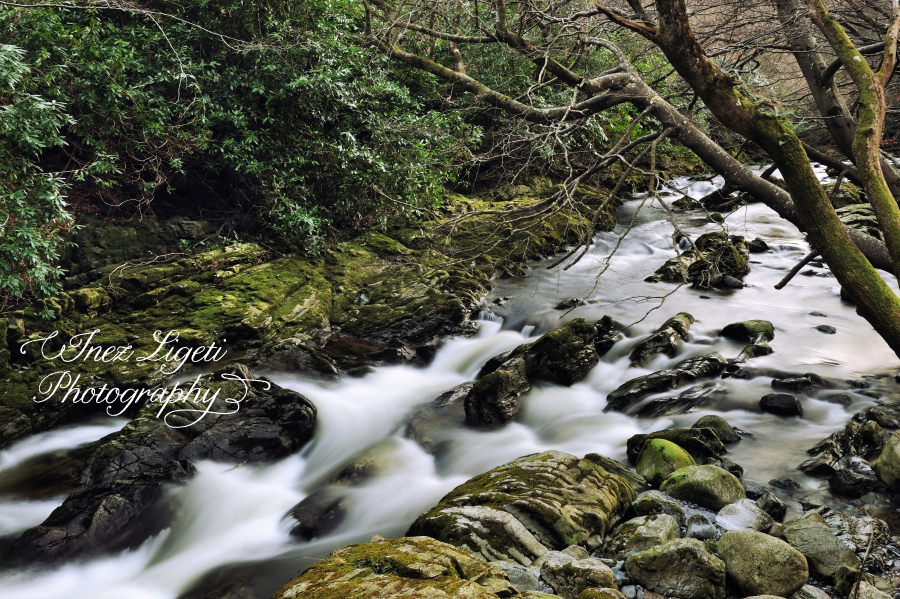 This picture above reminds me of one of my favorite quotes by James Carroll: “We spend most of our time and energy in a kind of horizontal thinking. We move along the surface of things… but there are times when we stop. We sit still. We lose ourselves in a pile of leaves or its memory. We listen and breezes from a whole other world begin to whisper.”

Next morning we went back to the Park for a longer walking tour. Four way-marked trails of varying lengths take the visitor on a tour of the parks most beautiful areas. These trails follow a circular route and are sign posted from the information board in the main car park. Strong footware is recommended . In the afternoon, we decided to visit another Forest Park close by. We found this lovely castle surrounded by spooky trees…. 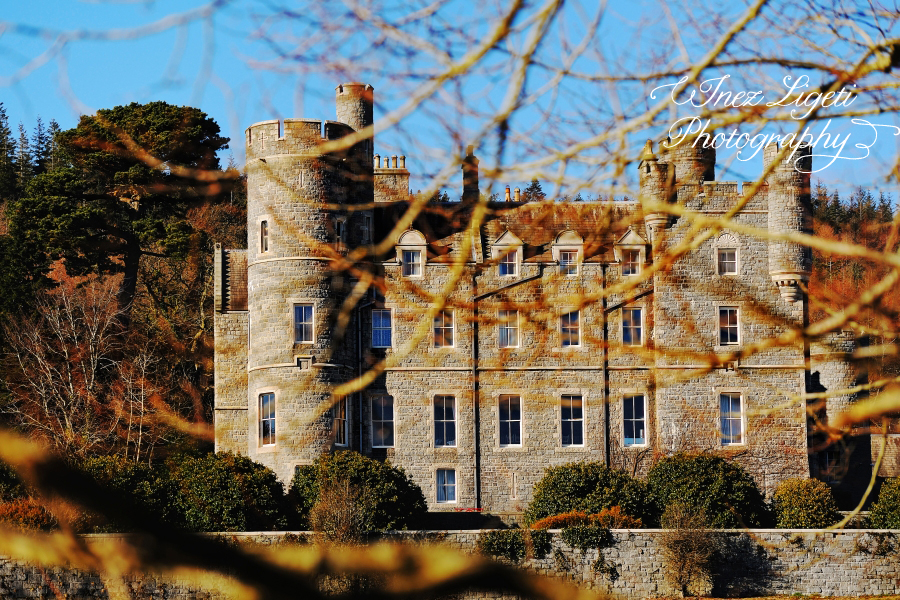 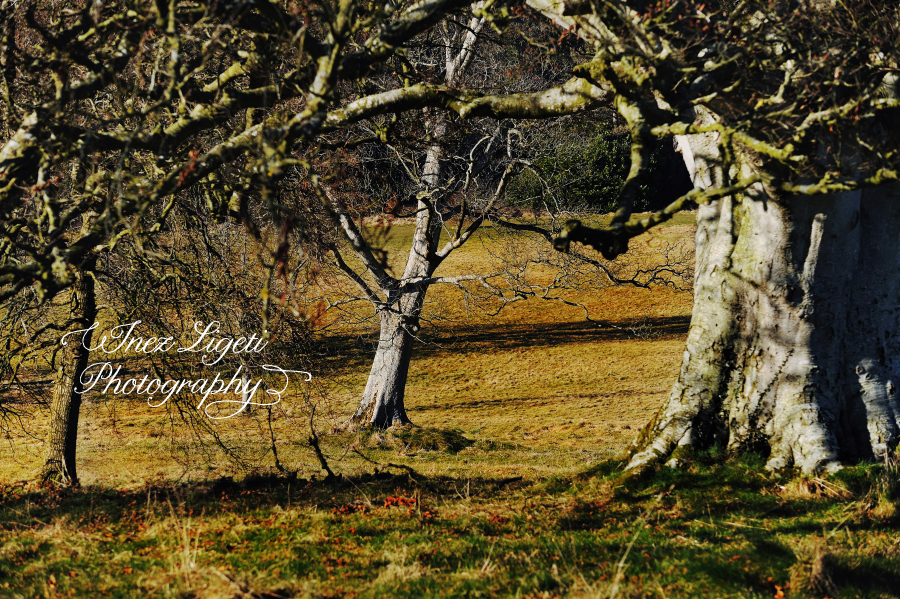 As I had been longing to photograph cute Spring lambs, we continued our journey. Thank God we didn’t have to drive too long, they were everywhere. 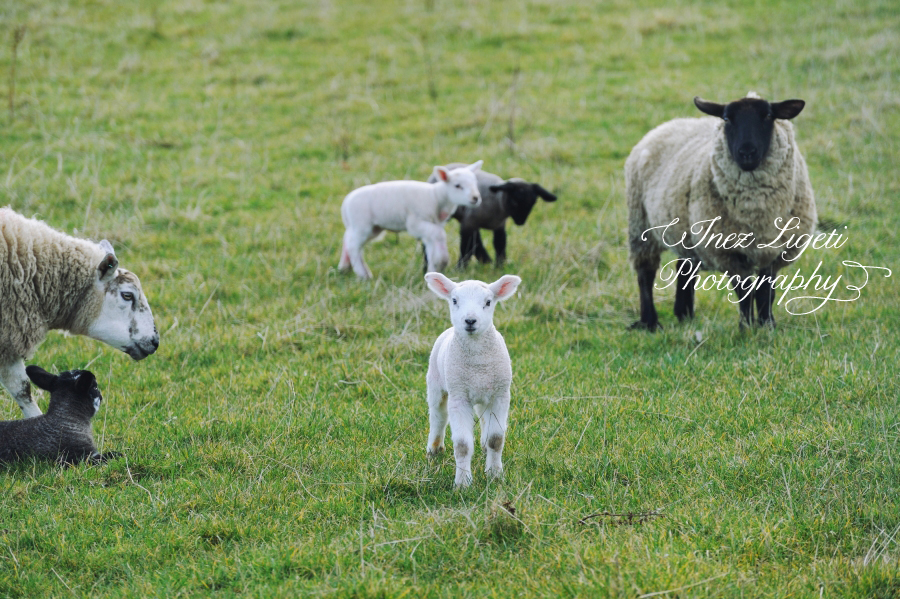 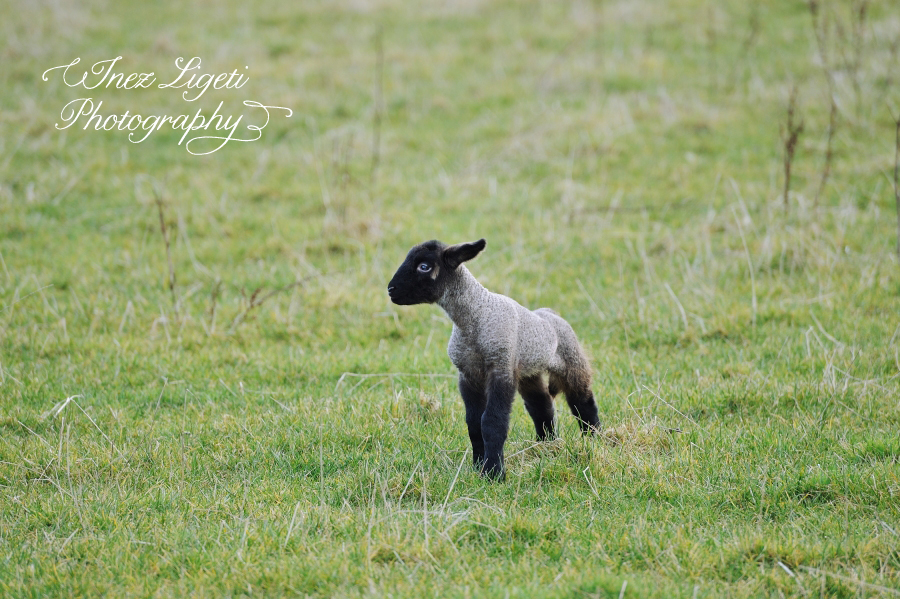 The scenes that I saw brought tears into my eyes. I wish I could add sound to my pictures so that you could also hear their adorable little voices. Two tiny lambs fell asleep in the fields. They didn’t realize that the flock was gone and when they woke up they were pretty surprised and at the same time scared that they were left alone. They started calling their Mother who didn’t hesitate a second to come at their rescue. “Follow me home” – said Momma sheep 🙂 . 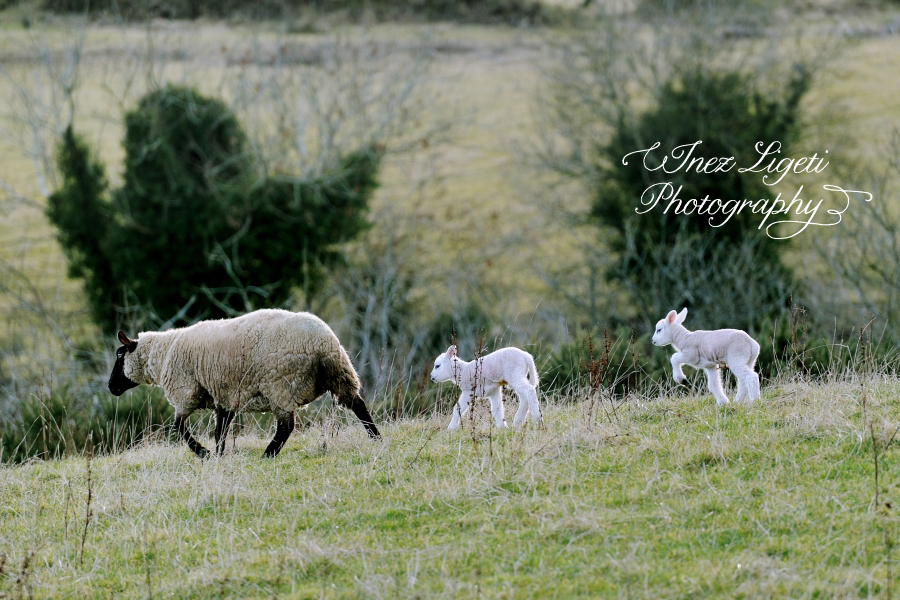 On the way home we drove through Silent Valley which is situated in the high Mournes. Last soul-lifting experience of the day: watching these cute little critters run and play in the sunset with the Mournes as backdrop…. 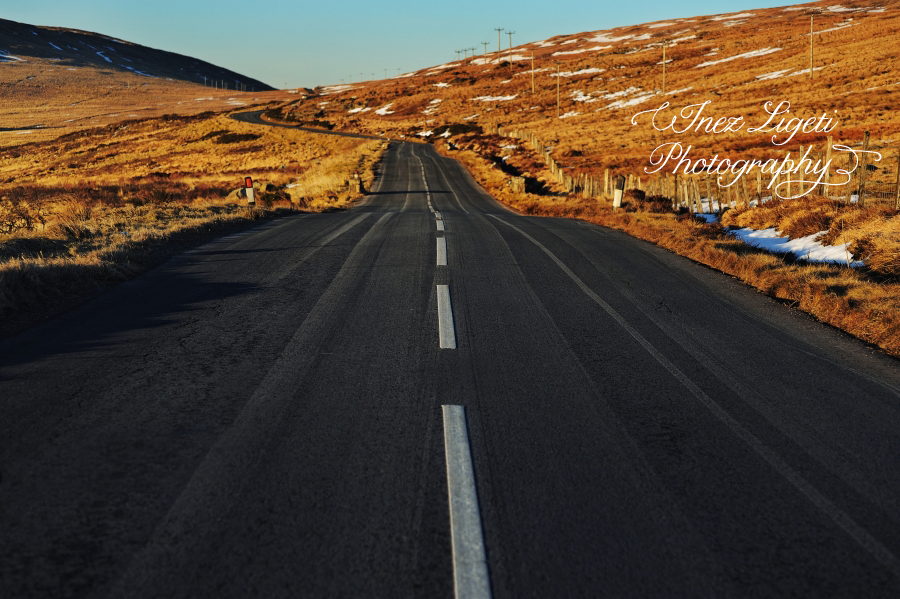 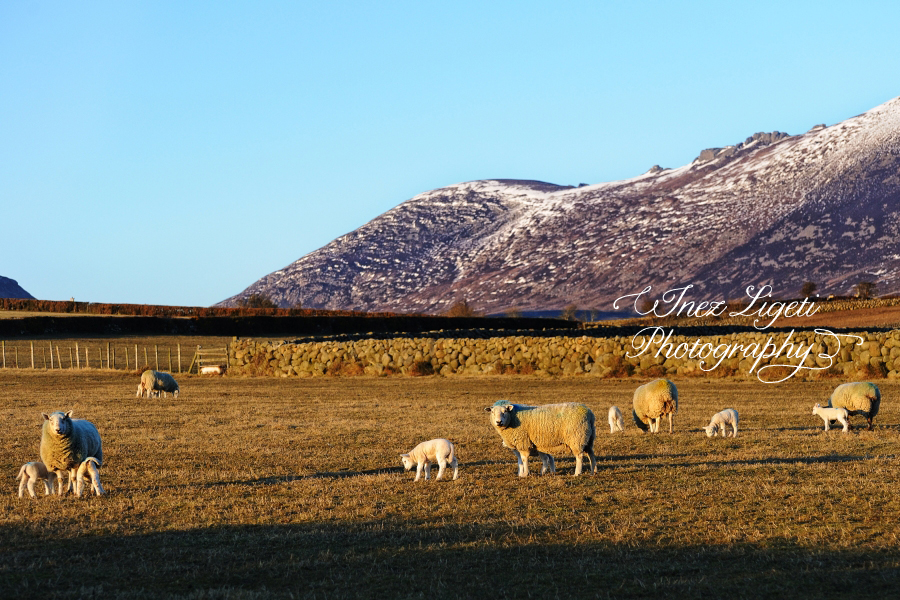 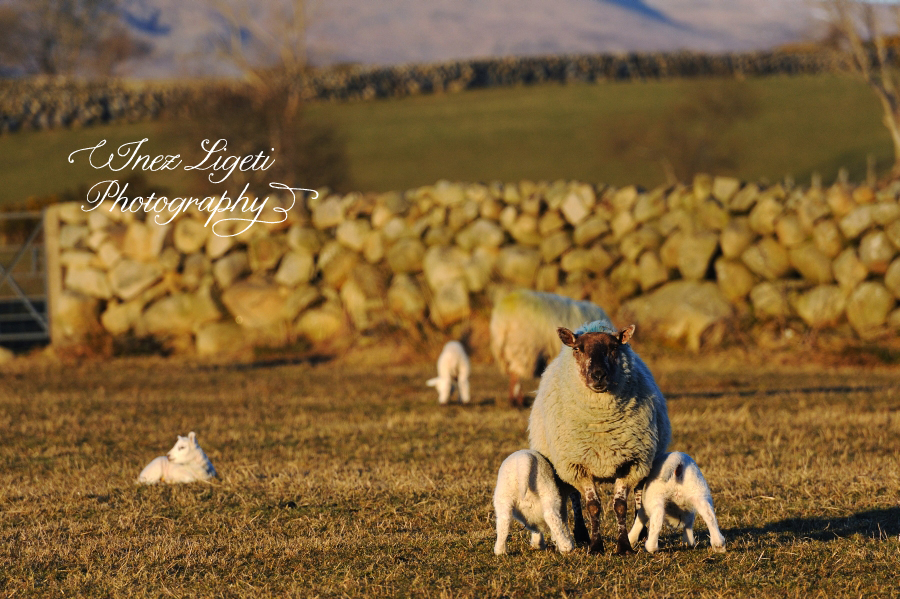 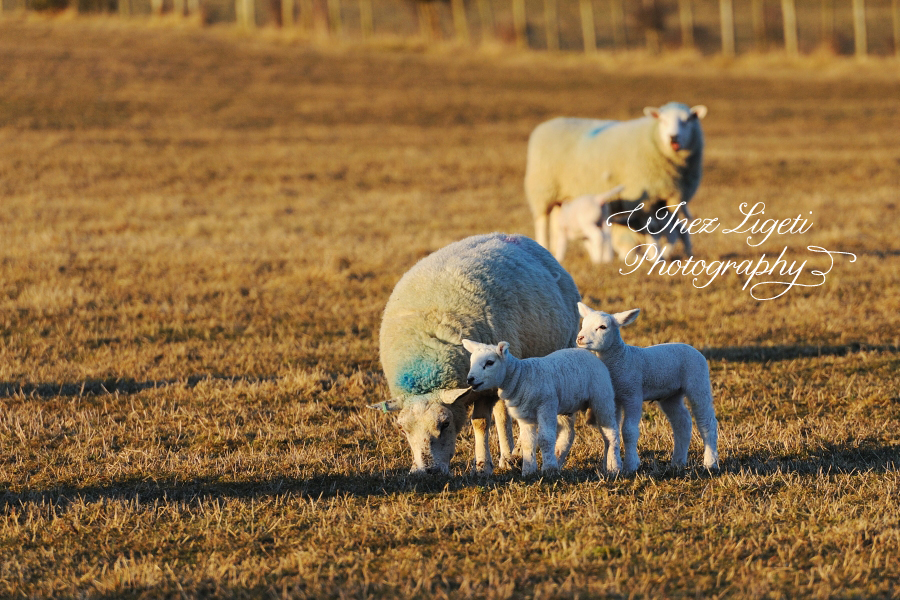 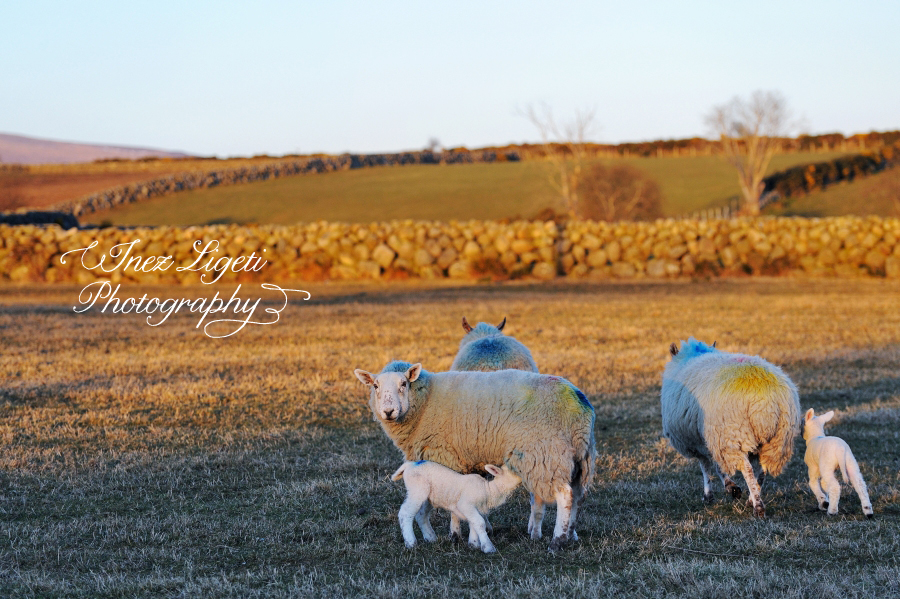 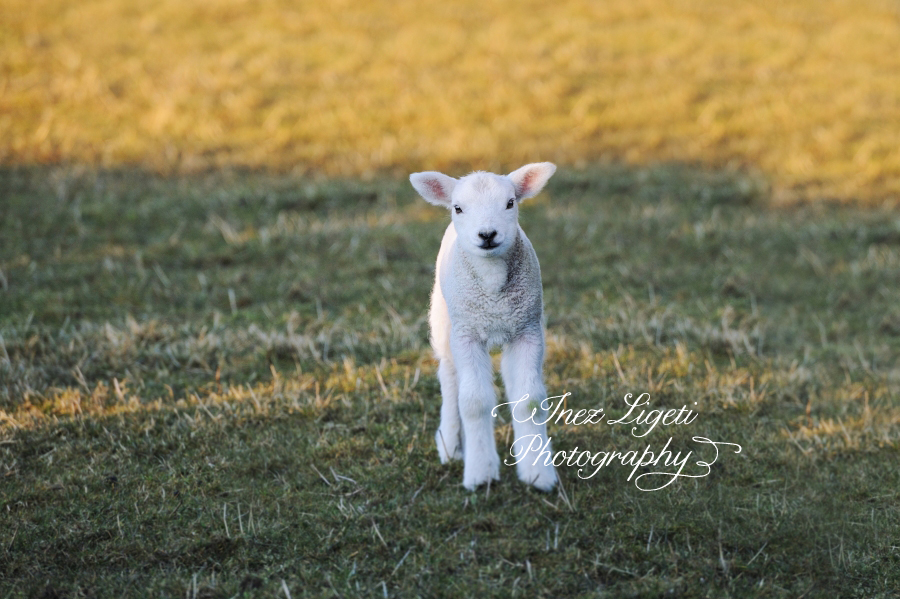 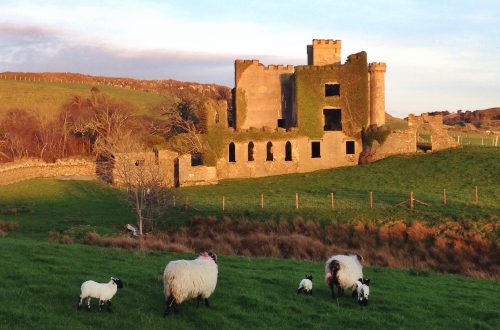 Connemara through an iPhone 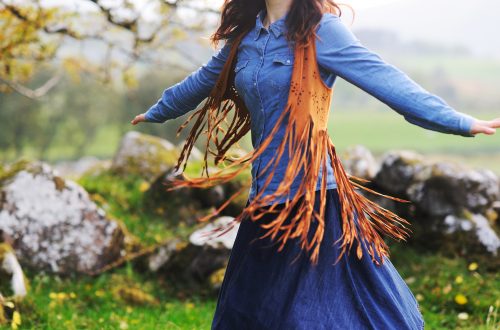 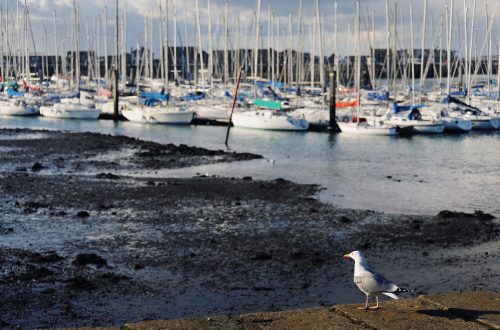 The many moods of Howth